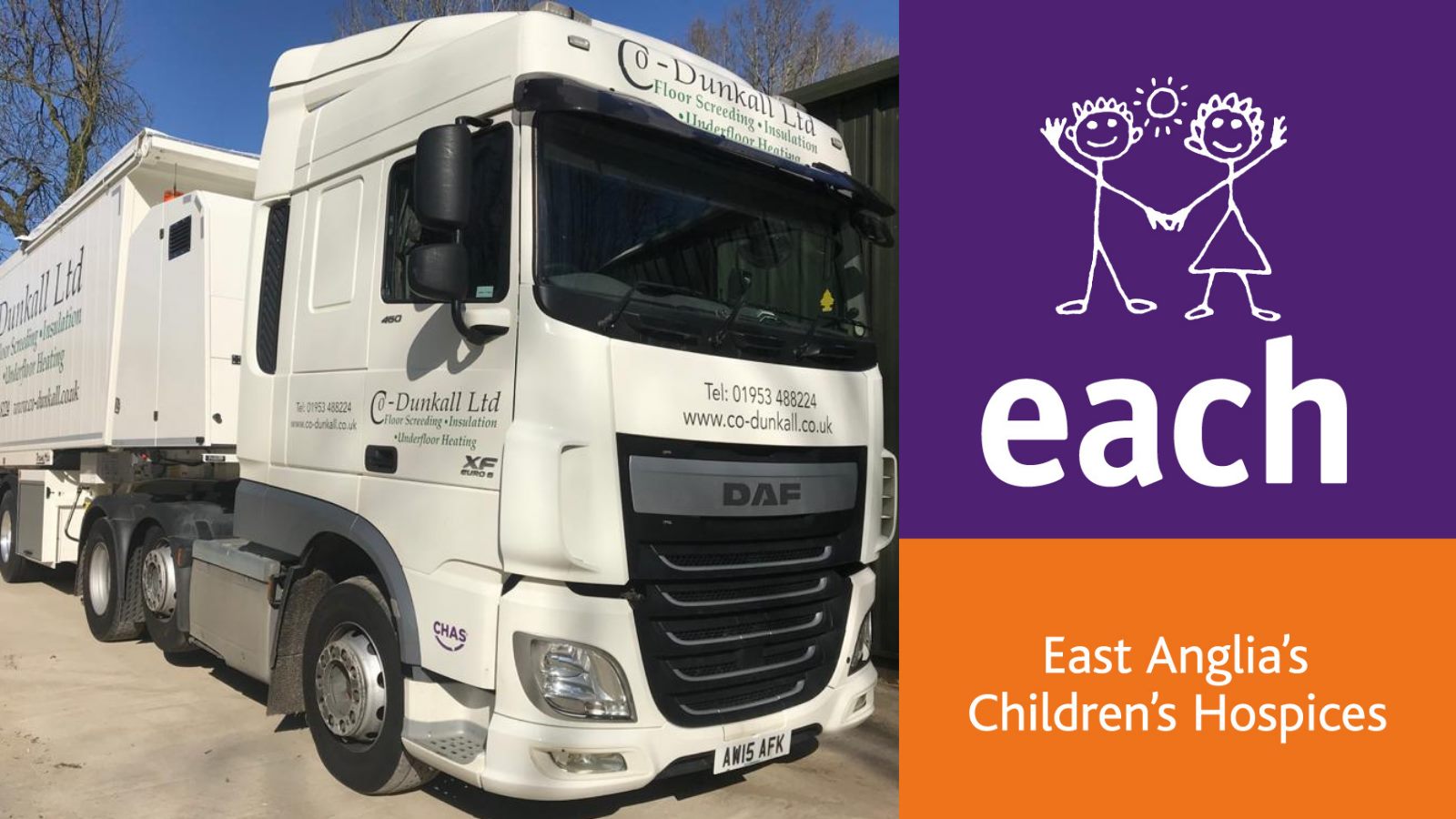 In line with the launch of our brand new Transmix machine, throughout the months of June, July and August we are running a charity fundraiser campaign for East Anglia’s Children’s Hospices (EACH).

As part of this fundraiser, we will be donating £5 per 1m3 poured via our new lorry during these months, aiming to reach a total of £1000. We have also been encouraging suppliers and customers to get involved too!

We’d love to hear from you whether its for technical advice or a price enquiry! Call, email or click ‘get a quote’ to speak to one of our team.